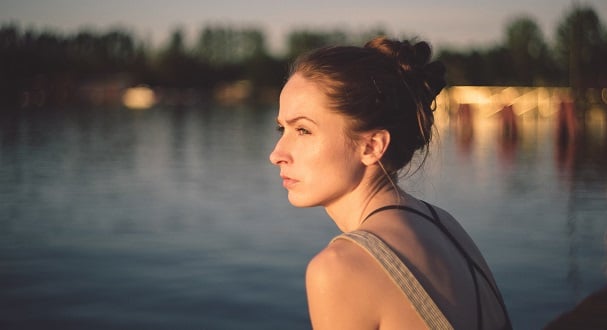 Most people know when they’re stressed but very few consistently take the healthiest action to combat its negative effects. In fact, when stress strikes, most people do the opposite; they skip meals, eat junk, guzzle alcohol, drink more coffee, and throw out of the window all those nurturing self-care habits that help to protect health and build resilience.

Stress is perhaps one of the biggest anti-nutrients known to man, and when you add this to the mix of unhealthy diet and lifestyle habits that usually accompany it, it’s no wonder that we can be left feeling seriously nutrient depleted, lacking in energy and struggling to get our mojos back after a particularly hectic patch.

There’s lots you can do to protect against the negative effect of stress. And the first step is to ensure that your diet supplies plenty of the key nutrients that are rapidly depleted when the emergency stress response kicks into action. Read on to find out more…

1. Magnesium – So much is written and talked about magnesium that you’ll likely be in no doubt that it’s a powerful mineral with widespread benefits. It’s no coincidence that it’s at the top of this list too. It is well known that stress depletes magnesium and yet magnesium helps us to deal with stress. This relationship is the exact opposite of a win-win. Multiple studies have now demonstrated improved stress response, anti-depressant and anti-anxiety effects of magnesium supplementation.1-4 The key takeaway message is that if you’re going through a particularly stressful time, you need to up your magnesium intake.

<2. Vitamin C – Best known for its immune-supporting qualities, vitamin C can often be overlooked when it comes to stress, yet is crucially important.  Vitamin C is found in high amounts in the adrenal glands and is released in response to ACTH (a hormone secreted during stress).5-6 Humans are among only a few mammals that can’t produce vitamin C; and for most other mammals, vitamin C production naturally increases during stress. Since human bodies can’t do this, we have to rely on our diets to regularly keep vitamin C stores topped up, and this is especially important during times of stress.

3. Vitamin B5 – Pantothenic acid or vitamin B5 as it is more commonly known is a member of the water soluble B complex family of vitamins.  It is an important nutrient co-factor needed during the stress response, so when stress levels increase so do your body’s requirements for vitamin B5. Vitamin B5 is converted in the body into acetyl-CoA as an essential part of the energy production process. Acetyl-CoA is present in all cells, but in much higher quantities in the adrenal glands, and this is simply because so much energy is needed to produce adrenal hormones. Hence why more vitamin B5 is needed during stress; an important one to keep topped up during a stressful patch.7-8

4. Vitamin B6 – Another important member of the B complex family, vitamin B6 is an important co-factor in several of the biochemical pathways in the adrenal stress response. The hypothalamic / pituitary / adrenal (HPA) axis modulates adrenal activity and the stress response. Vitamin B6 is important for the proper function of the HPA axis so helps to maintain balance and harmony. Vitamin B6 helps to relieve stress, yet stress depletes B6 so it is crucial that your diet supplies plentiful levels of this nutrient during stressful periods.7

5. Zinc – Perhaps the most commonly deficient mineral, it’s fair to say that most people don’t get enough zinc. And not only are typical Western diets low in zinc; this vital mineral is used up rapidly during times of stress too, further adding to the problem. Zinc plays an important role in modulating the brain and body’s response to stress.9 It is found in high amounts in meat, poultry and oysters, and organ meats such as liver are a particularly rich source. Strict vegetarians may be at higher risk of zinc deficiency and so should pay even closer attention to including plenty of this vital mineral in their diets during stress.