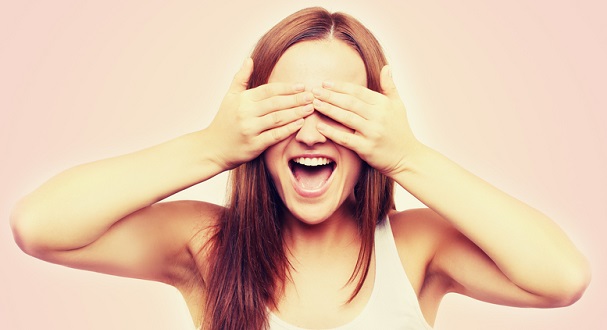 All Your Embarrassing Period Questions Answered

1)    Why do my bowel habits change before and during my period?
Many women suffer from constipation before their period, which is usually due to a rise in progesterone. When levels fall again, at the start of the period, things usually return to normal.  For others, it’s diarrhoea that’s the problem, and this is down to a higher level of chemicals called prostaglandins circulating round your body. Prostaglandins help the uterus to contract and unfortunately can have the same effect on your bowels too, causing looser stools – it’s as simple as that!

2)    Can I get pregnant whilst on my period?
In theory, the answer is no. The first day of the period is day 1 of the menstrual cycle and the fertile window when a woman can get pregnant is between days 8-19, around ovulation. However, not everyone’s cycle is as predictable as this and it may then be possible to get pregnant outside of this window. As a general rule, it’s best to use birth control during the whole cycle to be fully certain.

3)    Why do I suffer from wind and bloating during my period?
As if it’s not bad enough to have to cope with the dreaded ‘monthlies’ and alternating constipation and diarrhoea – along comes a bit of extra wind and bloating just to make sure you’re feeling especially uncomfortable!!!  It’s the rise in progesterone in the second half of the cycle that’s to blame again for this annoying symptom. Progesterone slows down digestive tract smooth muscle contractions and this can cause wind and bloating. Again, this usually settles at the start of the period.

4)    Why do I crave unhealthy food before and whilst on my period?
The most obvious answer is that you’re probably so fed up of all the constipation, diarrhoea and wind by the time you reach your period that you reach for a piece of cake just to cheer yourself up! And honestly, who could blame us!

Aside from all the annoying, embarrassing and uncomfortable reasons for sweet cravings just before your period, there’s actually a legitimate couple of scientific ones too. Serotonin (the ‘feel-good’ chemical) levels drop just before a period and carbohydrate cravings increase - and that could be because your body uses carbohydrates to make more serotonin. So that’s why you want to eat bread, pasta, biscuits and cake, all in one sitting! Another reason for cravings is that low progesterone and oestrogen just before a period can cause blood sugar levels to plummet. Your body will then crave something sugary in a bid to increase levels again. Chocolate and cake might not be the best nutritional choices but sometimes it’s the only thing that will hit the spot!

5)    It looks like the Red Wedding down there, how much blood do I actually lose?
You might think you’re losing vast amounts of blood when you’re on your period, however, the average amount lost is actually only 30–40 ml. And if you’re struggling to picture that amount (or just would rather not!), it’s about a third of the amount of liquid you can take on a plane in your hand luggage i.e. not very much!

6)    What’s the difference between natural / organic sanitary products and more mainstream versions?
Most mainstream sanitary products are made with a combination of plastics, cotton, synthetic fibres and wood pulp. Tampons are usually made from conventionally produced cotton, which is one of the most toxic crops grown. They are then bleached with chlorine and contain synthetic chemicals and pesticide residues, and are not biodegradable. Conventional products have been linked with side effects such as allergic reactions, hormone disruption and fertility problems.

You can now easily source more natural alternatives, which include biodegradable tampons and sanitary towels made from organic materials and free from chlorine and synthetic ingredients. Reusable products such as the mooncup and washable cloth sanitary pads are becoming more popular too.

7)    Why does my libido increase at the same time each month?
Perhaps it’s just a clever evolutionary quirk that has primed women to want more sex at the most fertile time of the month! The most common time for libido to peak is mid cycle around ovulation, when oestrogen and testosterone surge and when you are most likely to get pregnant. Interest in sex often increases just before the start of a period too - once again, it’s oestrogen that’s responsible for these sex goddess-enhancing effects.

8)    What exactly is TSS and should I be worried?
TSS, or Toxic Shock Syndrome is a very rare but life-threatening bacterial infection. Common symptoms include a sudden high fever, flu-like symptoms, vomiting, diarrhoea, fainting, dizziness and a widespread sunburn-like skin rash. Anyone can get TSS – men, women and children, yet it’s more common in women on their period and using super absorbent tampons. It is a serious and potentially life threatening condition so it’s important to be aware of it, however it is also extremely rare, so it’s unnecessary to worry about it.

9)    Why does my temperature fluctuate during my menstrual cycle?
You may have heard about women monitoring their temperature when trying to get pregnant and wondered what this is all about. This is because body temperature increases by about 4 degrees just after ovulation – the most fertile time.

10)   There’s only blood on one side of the tampon, is this normal?
If this is something you’ve ever worried about, then don’t – there’s likely a very normal reason for this.  Blood usually collects only on one side when there hasn’t been a high enough amount to cover both sides.  Most experts advise switching to a lower absorbency tampon if this is happening to see if it makes a difference.