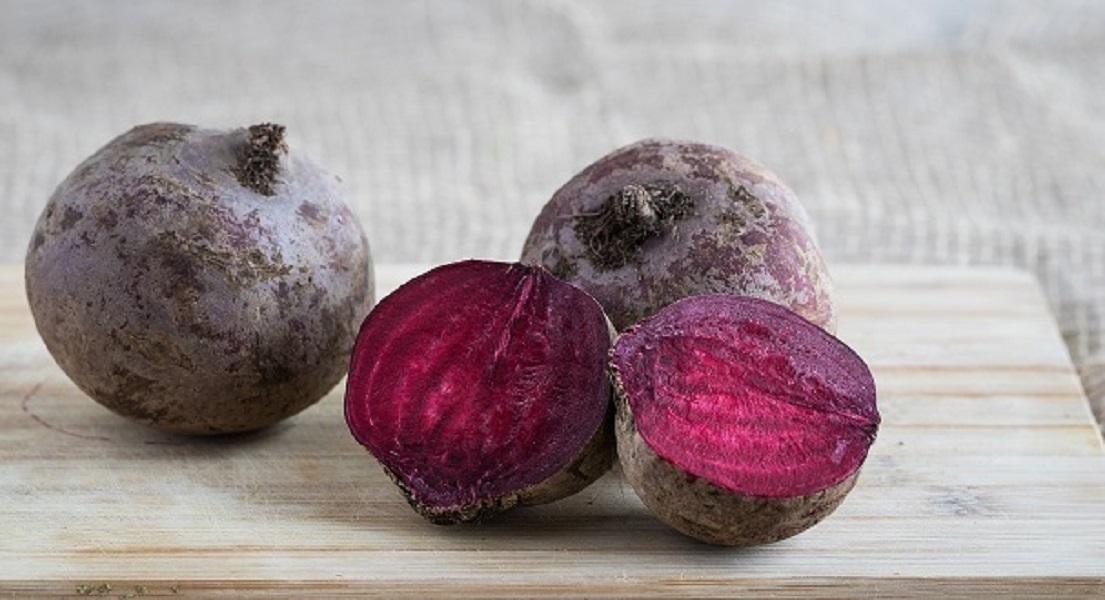 Can Beetroot Protect Against Alzheimer's?

A new study has found that beetroot may help to protect against the development of Alzheimer’s Disease. This latest study on the intensely-coloured root vegetable was carried out by Li-June Ming PhD, Darrell Cole Cerrato and colleagues at the University of South Florida in the US.  Findings were presented at the 255th national meeting of the American Chemical Society in New Orleans on March 20th.

Beetroot has been the subject of much research in recent years, and scientists have uncovered multiple health benefits of regularly including it in your diet. Beetroot contains powerful compounds that have been widely studied for their ability to help to fight inflammation, support detoxification, lower blood pressure, reduce risk of heart failure and stroke, provide significant brain benefits, protect against oxidative stress and even improve exercise performance. Indeed, if such a thing as a superfood exists, beetroot may well be considered to be one. Many of these benefits can be attributed to beetroot’s high inorganic nitrate content. Once consumed, nitrates are transformed into nitric oxide, which boosts oxygenation and is known to have beneficial impacts on circulatory and immune systems.

In this latest research, a different compound called betanin has been studied for its possible protective effects against Alzheimer’s. Red beetroot is a good source of red and yellow pigments known as betalains; these consist of betacyanins (red) and betaxanthins (yellow). The major betacyanin in beetroot is betanin and this is the compound that gives beetroot 75 - 95% of its bright red pigment.

The exact causes of Alzheimer’s disease are still a bit of a mystery, however it is believed that a sticky protein fragment called beta-amyloid builds up in the brain and disrupts communication between neurons. Lead researcher Li-June Ming explains, “much of the damage occurs when beta-amyloid attaches to metals such as iron or copper, causing beta-amyloid peptides to misfold and bind together in clumps that can promote inflammation and oxidation in nearby neurons, eventually killing them.”

The researchers conducted a series of experiments to find out if betanin could block the effects of copper on beta amyloid and thus prevent the misfolding of peptides and the oxidation of neurons. They found that when betanin was added to a copper-bound beta-amyloid mixture, oxidation dropped by as much as 90%, suggesting that misfolding of the peptides was potentially suppressed.

Researcher Darrell Cole Cerrato commented on the results, “we can’t say that betanin stops the misfolding completely, but we can say that it reduces oxidation. Less oxidation could prevent misfolding to a certain degree, perhaps even to the point that it slows the progression of beta-amyloid peptides, which is believed to be the ultimate cause of Alzheimer’s.”

Li-June Ming added, “our data suggest that betanin, a compound in beet extract, shows some promise as an inhibitor of certain chemical reactions in the brain that are involved in the progression of Alzheimer’s disease.  This is just a first step, but we hope that our findings will encourage other scientists to look for structures similar to betanin that could be used to synthesise drugs that could make life a bit easier for those who suffer from this disease.”