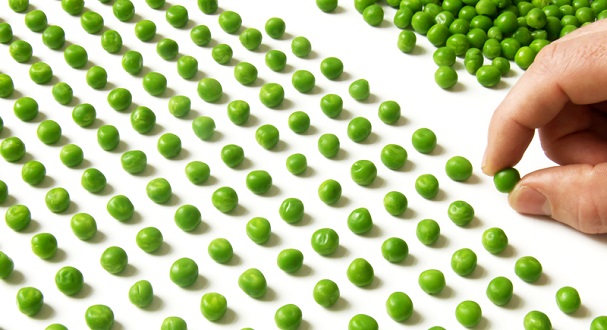 OCD (Obsessive Compulsive Disorder) is a much misunderstood condition. The term seems to have worked its way into the English lexicon to describe someone who is meticulous about cleanliness, order and hygiene, however the condition is much more complex than that.

OCD is a common disorder in which a person has uncontrollable, recurring thoughts (obsessions) that cause anxiety and behaviours (compulsions) that he or she feels the need to repeat over and over in an effort to ease the anxiety. These symptoms can range from mild to severe and can interfere with all aspects of life, such as work, school and personal relationships.

Between one and two percent of the population are thought to suffer from OCD to some extent, although most people only have minor symptoms. One of the most common examples is an irrational fear of germs and dirt.

“I’ve got this obsessive compulsive disorder where I have to have everything in a straight line or everything has to be in pairs. I’ll put my Pepsi cans in the fridge and if there’s one too many then I’ll put it in another cupboard somewhere. I’ll go into a hotel room and before I can relax, I have to move all the leaflets and all the books and put them in a drawer. Everything has to be perfect.”

Whilst there is no known single cause of OCD, it is likely to be a combination of genetic, neurological, behavioural, cognitive and environmental factors.  Alterations in the gut microbiota have even been linked to OCD.

Conventional treatment usually comprises of a combination of selective serotonin reuptake inhibitors (SSRIs / anti-depressants) and cognitive behavioural therapy (CBT). Research has shown that 75% of people with OCD are significantly helped by CBT.

• Boost serotonin – Conventional treatment of OCD usually involves selective serotonin reuptake inhibitor (SSRI) anti-depressants, which in simple terms, work by increasing levels of the feel good neurotransmitter serotonin but may be associated with adverse side effects. You can supplement with 5-HTP (5-hydroxytryptophan), which is the body’s natural precursor to serotonin, and is a more natural way of helping to boost levels without unwanted side effects.

• Increase Omega-3s – Omega-3 fatty acids EPA (Eicosapentaenoic Acid) and DHA (Docosahexaenoic Acid) are now considered to be an important part of any natural support for mood and anxiety. The brain requires omega-3 fatty acids for sending and receiving signals that enable balanced mood, thinking and emotions. Supplement with 2g omega-3s daily; choose a formula that contains a higher ratio of EPA: DHA, as EPA has been shown to be more useful in particular.

• Magnesium – Often nicknamed nature’s tranquiliser, the typical Western diet is known to be low in magnesium; a key nutrient for balanced mood, rest and relaxation. Magnesium deficiencies have been linked to depression, and whilst research on the mineral’s involvement in anxiety is very limited, it is likely that magnesium’s calming effects may be of benefit. Choose a high strength magnesium powder in the exceptionally well tolerated form of glycinate for best effects.

• Taurine – An amino acid made in the liver from cysteine, taurine is known to have a calming effect on the brain and may be a useful supplement for anyone struggling with anxiety.

• Cognitive Behavioural Therapy (CBT) – Research has shown that 75% of people with OCD are significantly helped by CBT.

• Relax  - Regular practise of deep forms of relaxation such as mindfulness meditation, yoga and pilates is incredibly beneficial to support a sense of calm and relaxed wellbeing. Incorporating all or any one of these forms of relaxation into your daily routine is an important part of any natural treatment strategy to reduce anxiety.

• Exercise is a known anti-depressant. It boosts feel-good neurotransmitters and endorphins in the brain and promotes a sense of calm and wellbeing, which may be beneficial for anyone suffering from problems with mood or anxiety. Gentle forms of exercise such as walking or swimming are a great place to start.

With any mental health disorder, the first port of call should always be to seek professional help to get a proper medical diagnosis of the problem. From that point, a patient would benefit from understanding the range of possible treatments available to them – both conventional and natural support. Natural therapies are often recommended alongside conventional treatment to enhance outcomes. There is much that you can do naturally to support OCD; the combination of optimum nutrition, lifestyle modifications and conventional support can be a powerful synergy that can make a huge difference to this debilitating disorder.