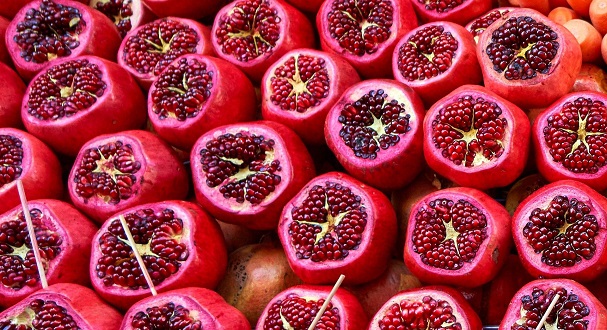 Can This Super Juice Reduce Damage Caused by Exercise?

A new study, carried out by researchers in Alicante has found that pomegranate juice may help to prevent oxidative stress caused by exercise.

Whilst there are clear benefits from regular exercise, there is a catch too. Exercise speeds up many of the body’s biochemical reactions and the rate at which potentially harmful free radicals are produced. This puts a greater pressure on the body to supply antioxidants to deal with this increase.

In this latest study on the champion of superfoods, researchers recruited twenty two endurance athletes to take part in a randomized, double-blind trial to assess the antioxidant powers of pomegranate juice. The study participants were randomly assigned to consume either pomegranate juice or no juice (control group) for 21 days whilst continuing with their normal training schedules. Known markers of oxidative stress, malondialdehyde (MDA) and carbonyls were measured in all participants.

The researchers commented on the results,

“Consumption of pomegranate juice during 21 days is capable of modulating fat and protein damage, as the changes in MDA and carbonyl levels indicated. The high presence of antioxidant polyphenols also supports this recommendation.”