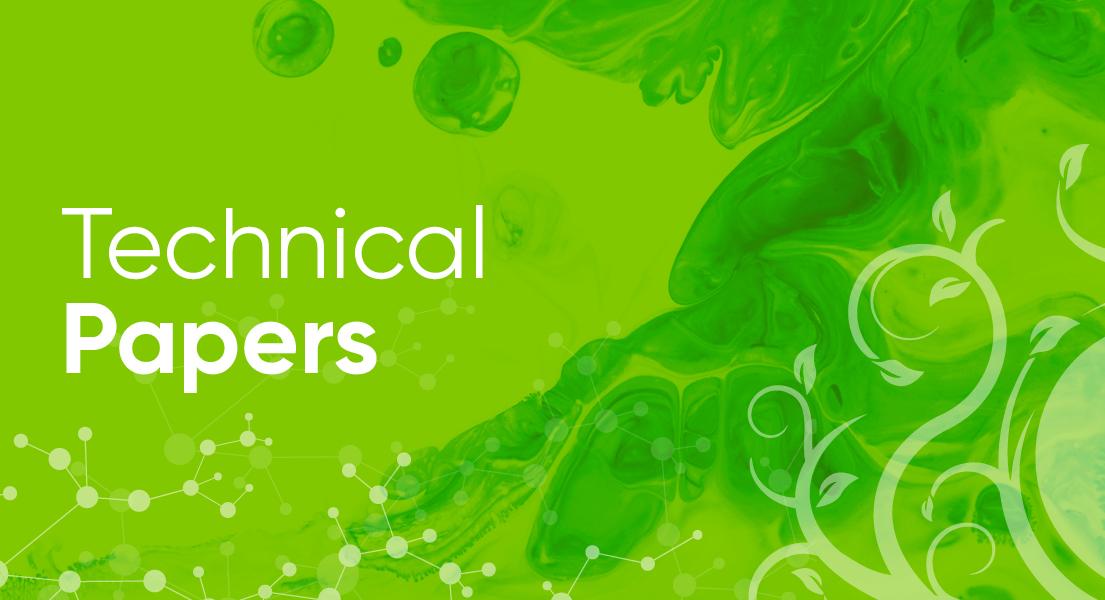 Chocamine® - Harnessing The Health Benefits of Cocoa Without Caffeine

Number 18. For Professional Use Only.

Chocolate – Food of the gods

The health benefits of cocoa have been demonstrated for many years. For over 3,000 years, chocolate has been highly prized like gold. It was around 2,000 BC that cocoa, or Theobroma cacao as it is officially termed, was said to have originated in the Amazon. The Maya valued cocoa so highly that they used cocoa beans as currency, and to pay taxes.

Secret of good health of the Kuna Indians of Panama

Early evidence about the beneficial effects of chocolate came from the Kuna Indian population of the Islands of Panama. It was noticed that despite poor hygiene, sanitation and no access to medicine, they had one of the lowest rates of cardiovascular health problems in the world. This population is characterized by a low prevalence of atherosclerosis, type 2 diabetes and hypertension. Scientists now attribute this to their high intake of cocoa – they harvest and produce their own cocoa and have 4-5 cups daily of a unique cocoa drink. These healthy traits disappear after migration to urban areas on mainland Panama where they consume much less cocoa, most of which is commercially processed.1

Many studies have been carried out since these early observations and cocoa consumption is now linked not only to improved cardiovascular health, but also to anti-inflammatory, antioxidant, cognitive, mood, blood sugar balance and skin benefits and improved recovery after exercise.

Many studies have now linked cocoa consumption with improved cardiovascular health. A 2006 longitudinal study, which assessed lifestyle and cardiovascular risk in older men, found higher cocoa intake to be associated with lower blood pressure.2 A later, 2009 prospective analysis published in the Journal of Internal Medicine found higher cocoa intake to be associated with a reduction in cardiovascular and all-cause mortality.3 The authors of a 2012 study designed to assess the long-term effectiveness of daily dark chocolate consumption in a population with metabolic syndrome at high risk of cardiovascular disease concluded:

The cardiovascular benefits of cocoa may be attributed to several different mechanisms, which include:

• High antioxidant activity – A combination of high oxidative stress and reduced antioxidant defences play a pivotal role in the development of atherosclerosis. Antioxidants in cocoa have been shown to reduce plasma lipid oxidation5.
• Blood pressure lowering effects – A large-scale 15-year study in the Netherlands found that men who regularly consumed cocoa had significantly lower blood pressure than those who did not.2 Consumption of dark chocolate bars for 15 days has been found to reduce systolic blood pressure in healthy subjects, as well as in young and elderly hypertensive patients.6-10
• Beneficial effects on blood vessels – Numerous studies have found that cocoa causes significant vasodilation by increasing serum nitric oxide levels and endothelial nitric oxide bioavailability.11-15
• Inhibits platelet activation – Cocoa has aspirin-like effects on platelet function; it not only decreases platelet aggregation (where platelets clump together in the blood) but also reduces platelet adhesion (where platelets stick to the vessel wall following vessel wall injury).16-20

Insulin sensitivity relies partly on the availability of nitric oxide in endothelial cells.21 Cocoa flavanols may help to improve insulin sensitivity by increasing the availability of nitric oxide in these cells. In one study, a reduction in insulin resistance and an increase in insulin sensitivity were observed following ingestion of flavanol-rich chocolate in both healthy subjects6 and hypertensive patients.7 In another study, consumption of flavanol-rich chocolate in hypertensive adults with impaired glucose tolerance was found to improve glucose and insulin responses.22 Some studies suggest a central role for insulin resistance in brain ageing, thus the beneficial effects of cocoa flavanols on insulin sensitivity may also support improved cognitive function.

A study carried out by researchers in Switzerland confirmed that chocolate alleviates stress. Stress parameters in adults with high anxiety profiles became comparable with the low-stress subjects following 14 days of dark chocolate consumption.18 It is thought that chocolate reduces stress by increasing the production of serotonin – a calming neurotransmitter.23-25

Cocoa has been found to have beneficial effects on body weight. In a recent animal study, young rats were fed an identical high fat diet, with or without cocoa for three weeks. Cocoa consumption led to a significant decrease in total body weight, mesenteric white adipose tissue weight and serum triglycerides. The researchers also found a reduction in the expression of various genes associated with fatty acid transport and fatty acid synthesis in the liver.26

Much evidence now suggests that a diet rich in cocoa flavanols can play an important role in maintaining cognitive health as we age. Recent research has shown that cocoa flavanols improve memory and learning, especially in the elderly, possibly as a result of their anti-inflammatory and neuroprotective effects. These effects may be mediated by increased cerebral blood flow (CBF), which supports neuronal health. The brain is a heavily vascularized tissue so it is likely that vascular improvements underlie observed improvements in cognitive function. A 2009 study published in the Journal of Nutrition and involving 2031 participants (70 – 74 years) examined the relationship between intake of flavonoid-rich foodstuffs (chocolate, wine and tea) and cognitive performance. Results showed that a diet high in flavonoid-rich foods is associated with improved cognitive function in a dose-dependent manner.27 A 2006 study of young, healthy subjects using magnetic resonance imaging found that cocoa intake results in increased cerebral blood flow, suggesting that cocoa may play a role in treatment of cerebral conditions such as dementia and stroke.28 Another study published in 2013 confirmed findings that chocolate acutely improves cerebral blood flow.29 A recent meta-analysis published in Neurology in 2012 concluded that daily chocolate consumption reduces the likelihood of a stroke attack.30-31

Research has demonstrated anti-inflammatory actions of cocoa flavonoids, more specifically, they have been found to inhibit the lipoxygenase pathways, which are commonly associated with inflammation.32

It has been found that chocolate supplementation before exercise results in rapid recovery of post-exercise physiological and metabolic changes. In a recent study, plasma glucose levels of subjects increased significantly at 15 minutes after chocolate intake and stayed at moderately high levels until 30 minutes after an hour’s running when compared with the glucose levels of placebo supplemented group.33

Cocoa has demonstrated great potential both for the prevention and treatment of skin diseases. In particular, antioxidants found in cocoa protect the skin from the inside by guarding against oxidative stress, which is a major factor contributing to dermal structure deterioration and premature skin ageing.34 A recent animal study found that cocoa may offer a protective effect against photoaging by inhibiting the breakdown of dermal matrix, which leads to an overall reduction in wrinkle formation.35

Chocamine® is a patented cocoa-based extract that delivers all the benefits of chocolate (taste, aroma, health benefits) without the sugar, caffeine, fat & dairy content. Chocamine® supports balanced energy, mood, cognitive function and reduced cravings. Clinical research supports improvement in the ability to focus and in short term memory too.

A small pilot study was carried out on healthy adults to assess the effect of Chocamine® on cognitive function. Researchers found that Chocamine® consumption is linked to improved cognitive function; more specifically increased reaction times, increased ability to react fast to alternating auditory and visual commands and increased focus. In addition, study participants reported a sense of increased vigour, which was most noticeable approximately an hour after ingestion of Chocamine®.36

The health benefits of cocoa come from a variety of constituents, all of which are retained in Chocamine®:

• Magnesium and other essential vitamins and minerals including B vitamins, calcium, zinc, iron, copper, potassium and manganese
• Polyphenols (flavonoids & proanthocyanins) – beneficial plant compounds with high antioxidant activity
• Amino acids such as arginine, glutamine and leucine to support the body’s need for protein
• Theobromine is an energizing compound found naturally in cocoa. Like caffeine, theobromine is a xanthine alkaloid, but the similarities end there. It has a longer half-life in the body than caffeine, thereby providing longer-lasting, jitter-free energy that is more sustained than the crash and burn energy from caffeine. It also has less of an effect on sleep than caffeine, due to differences in adenosine receptor activity.
• In addition, Chocamine® contains a natural vanilla flavour with added spices – ginger, allspice and cinnamon.

All the benefits of cocoa – no unwanted side effects

Cocoa has long been revered for its health-promoting properties. In its most popular form of chocolate, however, you also get plenty of fat, sugar, dairy and caffeine. Supplementing your diet with a flavanol rich source of cocoa such as Chocamine® is an ideal way to experience the health benefits associated with this remarkable plant ingredient, without any of the unwanted side effects.

There are no posts matching your selection.