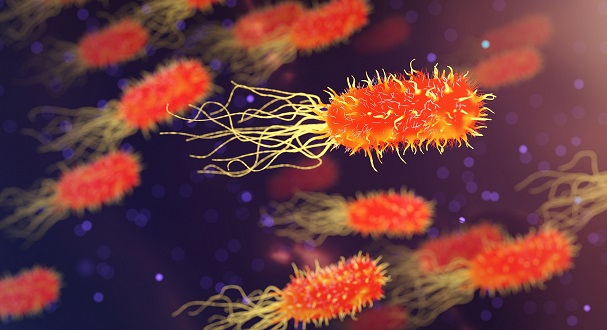 Dr. Steven Sandberg-Lewis delighted our UK audience this June when he shared his unique clinical expertise at The Science of Health in London. Dr Sandberg-Lewis is a practitioner of Naturopathic Gastroenterology and professor at the National University of Natural Medicine (NUNM), Portland, Oregon, and in this article, he explores some of the key misconceptions surrounding one of his specialist subjects, SIBO.

1. “SIBO can be diagnosed with a stool test.”

a) Duodenal aspirate cultures
b) Lactulose or glucose breath tests
c) We can also diagnose SIBO with the IBS blood test (IBS Smart, IBSchek) - so long as it comes back positive.  If this test is negative the patient could still have SIBO from some other cause rather than food poisoning. This is an assay of anti-vinculin and anti-cytolethal distending toxin-B antibodies which are markers for post infectious IBS/SIBO.

2. “SIBO can be diagnosed with a urinary organic acids test.”

Many key metabolites are measured in these tests, but the origin of the organic acids can’t be determined for fungal or bacterial markers in the urine. They may be in the large or small bowel. There is also no delineation of bacterial vs archaeal (methanogens) from these tests so the type of organism or the severity of the overgrowth and therefore the proper treatment strategy cannot be known.

3. “SIBO needs to be treated over and over in order to be controlled.”

What I and others have found is that when a full analysis of the underlying causes of a patient’s SIBO has been done, often there are conditions that can be resolved or at least well treated so that SIBO does not relapse or relapses are very infrequent. I also have seen that the optimal individualized diet can reduce symptoms by 60-80% and occasionally there is complete relief of symptoms with the right diet. If the patient is compliant with the diet, there is often no need to undertake repetitive antimicrobial treatments.

4. “SIBO is treated with Xifaxan (rifaximin).”

SIBO treatment does involve prescription antibiotics, with hydrogen dominant SIBO being treated with rifaximin as a monotherapy. If the patient is predominantly constipated, or if there is also methane SIBO, a second concurrent prescription antibiotic is need – either neomycin or metronidazole. There are several other options including herbal antibiotics and an elemental diet. All these treatments should be followed with a prevention diet and prokinetic treatment for at least 3 months (and if the IBSchek/IBS Smart assay is positive, likely for years) to prevent relapse.

Steven Sandberg-Lewis, ND, DHANP is a practitioner of Naturopathic gastroenterology. He has been in practice for 40 years and in 1996 he joined the full-time faculty of the National University of Natural Medicine (NCNM) in Portland, Oregon. He continues to engage in patient care 3 days a week whilst teaching several electives including Gastroenterology Laboratory, Advanced Gastroenterology and The Liver in Health and Disease.