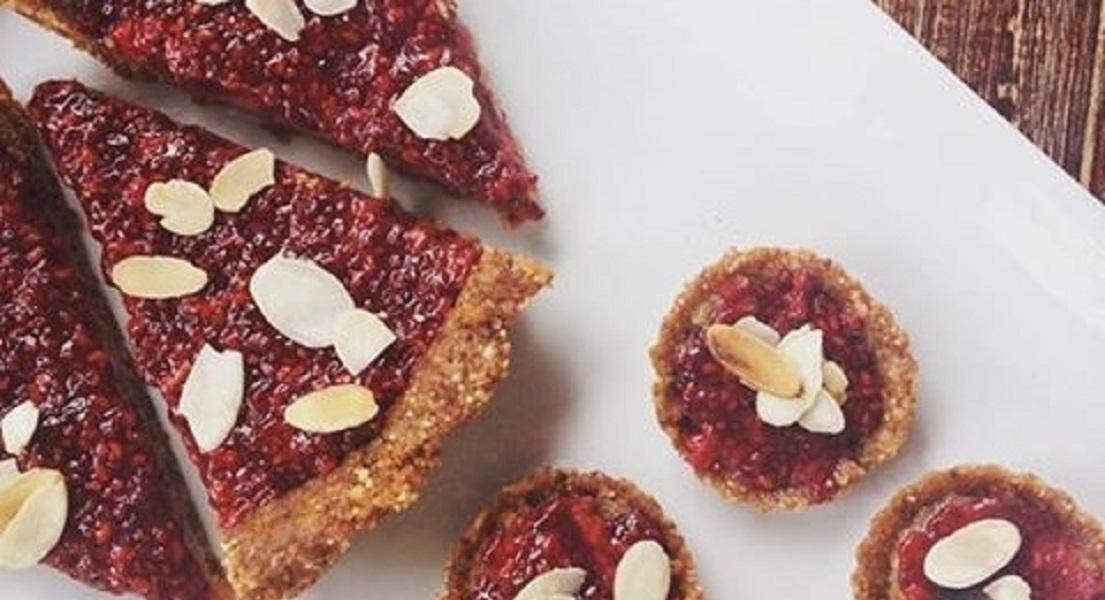 If you regularly crave sugary comfort foods at a particular point during your hormonal cycle, don’t worry you’re not alone. Millions of women battle with PMS-associated sugar cravings every single month. And whilst sometimes, a little of what you fancy does you good, with PMS this isn’t always the case, as reaching for sugary foods and drinks may actually make PMS symptoms worse.

Finding alternative ways to satisfy these cravings is a key part of helping you get rid of PMS symptoms for good.

Here we’re delighted to team up with Roar Fuel founder, Heather Peeks who has kindly shared with us a couple of her favourite ‘healthy dessert’ recipes which we think are just perfect as a healthier way to satisfy PMS cravings.

Using a range of raw, natural ingredients, these recipes ensure that your body receives the best of both worlds - maximum nutrition AND divine taste. They’re equally delicious, so the only downside is that you’ll need to try both (probably a few times!) to discover your favourite. Enjoy!

For the base:
Blend the dates, almonds, coconut oil and salt in a food processor until it forms a dough-like mixture. Then, press into an 8” tart/flan tin and freeze until set.

For the frangipane:
Mix the ground almonds, maple syrup, almond extract and salt in a bowl until combined.

The assembly:
Remove the base from the freezer. Smooth the frangipane layer over the base, followed by the raspberry jam. Finally, top with toasted flaked almonds and leave to set in the freezer for a couple of hours. Once set, the Bakewell tart can be kept in the fridge for up to a week.

For the base:
Place the dates, cashew nuts and sea salt in a blender and blend until it forms crumbs and can hold itself together when squeezed. Grease a 9x9” tray with coconut oil and press the base mixture into the bottom of the tray. Place in the freezer to set.

For the filling:
Drain the soaked cashews (they should feel soft), and add to a blender with the coconut cream, honey, lemon juice and sea salt. Blend on high speed until smooth. Then, add the coconut oil and blend for a final time.

The assembly:
Remove the base from the freezer and pour on the topping, spreading evenly with a spatula as you go. Place in the freezer for a couple of hours to set.

About Heather Peeks, founder of Roar Fuel (fuel & nutrition coaching)
I spent the years around university terrified of carbs and fats, feeling guilty for enjoying ‘bad food’, and hearing every fat loss and toning trick on social media. It began to take its toll.

Planning meals became a daily obstacle and I found myself in the gym out of guilt rather than desire. I hated the confusion around what should be something so simple and innate.

I began to experiment with vegan baking, and was fascinated at how such simple and healthy ingredients could create the flavours of the ‘treats’ I loved. After graduating, I became instrumental in setting up an Artisan café where everything down to the bread is made from scratch – this was the first place ROAR Fuel snacks and meals were sold.

Meanwhile, I started to take fitness more seriously and became tired of the endless nutrition myths and nonsense talked about in the media. I enrolled on Precision Nutrition’s course in Exercise Nutrition to gain a deeper and more scientific knowledge of food and nutrition. As a result, for the first time in many years I began to enjoy eating again by learning how food is much more than merely fuel.

The meals, snacks and nutrition coaching I offer all have a common theme – a reflection of my beliefs that food should be uncomplicated, whole, nutritious and rubbish free. Simply put – ‘I remove the confusion by removing the crap’.