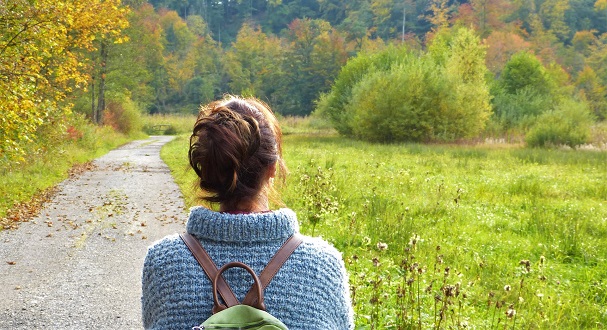 How Glandular Therapy Can Transform your Health

What are glands?
Glands form part of the body’s endocrine system; secreting a wide range of essential hormones directly into the bloodstream, including oestrogen, testosterone, insulin, thyroxine, cortisol and DHEA to name just a few.

Collectively, these hormones control vital body functions such as metabolism, immunity, growth, reproduction and sexual development. The endocrine system is finely tuned to produce and distribute optimal levels of hormones throughout the body; too much or too little of a certain hormone can have effects throughout the body and can lead to a range of different health problems. Some examples of glands include thyroid, thymus, adrenal, pancreas, ovary and prostate.

Although not technically glands, other tissues and structures are utilised in Nutri Advanced’s ‘glandular’ product range for additional health benefits including microcrystalline hydroxyapatite from bone (MCHC).

What is Glandular Therapy?
Glandular therapy is not a new concept or technique. Historically, animal glands have been used to support human health for many centuries. The basic concept underlying the therapeutic use of glandular substances is ‘like heals like’. For example, if your liver needs support or you are suffering from liver disease then you may benefit from eating beef liver. This concept was one of the cornerstones of the early beginnings of the healing arts and has a rich medical tradition. Whilst based on the same principles, modern day glandular therapy is backed by science and uses rigorously tested animal tissue concentrates in supplement form.

What are the Benefits of Glandular Therapy?

Active components
Glands and organs in humans and certain animals contain similar substances. Research has demonstrated that this species variation does not appear to inhibit the action of glandular therapy; rather these substances possess ‘organ-specific’ function.

Adaptogenic effects
A key benefit of using glandular therapy is its unique ability to support the adaptive mechanisms of the body. Problems associated with endocrine function commonly involve either ‘hyper’ (overactive) or ‘hypo’ (underactive) function and nutritional support needs to be targeted accordingly. Glandular therapy can equally support stressed, weakened, or overactive glands, organs or tissues.

Glandular therapy can be used to support any gland, organ or tissue of the human body. Examples include:

Adrenal Glands
As well as playing a key role in the ‘fight or flight’ stress response the adrenal glands are also involved in a wide variety of additional physiological functions, including water/electrolyte balance, inflammation regulation and blood sugar control. In a nutshell, they have a lot to deal with!

Twenty-first century stresses are very different from those our adrenal glands were designed to deal with; stress these days is more likely to be the ‘psychological, ongoing & chronic’ type of stress rather than the ‘immediate physical threat’ type of stress commonly faced by our caveman ancestors! Unfortunately, we have not yet fully evolved to deal with the chronic stress that has become so characteristic of 21st century living. It is the adrenals that suffer as a result – being simply unable to cope with the demands of long-term chronic stress.

Typical symptoms of adrenals struggling under the strain include fluctuations in blood sugar, frequent infections, indigestion, dizziness, constant tiredness, PMS and even menopausal symptoms. Adrenal strain can manifest as a ‘wired’ inability to switch off, chronic exhaustion or somewhere in between; and so the adaptogenic nature of glandular therapy is perfectly matched to adrenal imbalance. ‘Wired’ individuals need to feel calmer, whereas ‘exhausted’ individuals need more energy; so the unique adaptogenic function of glandular therapy perfectly supports this important balance.

Thyroid Gland
Shaped like a bow tie and located at the base of the neck, the thyroid gland produces hormones which control the body’s metabolism and help to regulate virtually every cell in the body. Imbalances in the thyroid gland have become increasingly common and can result in either production of too much (hyperthyroidism) or too little (hypothyroidism) thyroid hormone. Since the thyroid gland has an effect on every single cell, system, organ and muscle in the body, the potential list of symptoms resulting from imbalanced thyroid function is endless, ranging from fatigue and weight changes to cramps, infertility and cardiovascular complications.

The pituitary gland sits just beneath the base of the brain, behind the bridge of the nose and is about the size of a pea! Despite its tiny size, the pituitary has an incredibly important job to perform, that of taking messages from the brain to produce hormones that affect many parts of the body, including stimulating all the other hormone-producing glands to produce their own hormones (phew!)

Pituitary glandular tissue concentrate can be taken in isolation or included in more targeted formulations to provide additional balanced support for the complete endocrine system.

Reproductive Organs
Reproductive organs in both men and women can become nutritionally depleted which can commonly lead to problems such as PMS, menopausal symptoms, fertility problems, loss of libido and urinary tract problems. Glandular therapy can be highly effective in supporting optimal reproductive health.

Hormone free
Nutri Advanced’s glandular products are all completely hormone free. The hormone fraction of the original glandular has been removed thereby allowing all of the therapeutic goodness of the glandular tissue to stand out without confusion from any hormone content.

Are there safety concerns with using glandular therapy?
The short answer to this question is ‘no’. As a company we are strongly committed to quality, safety and efficacy in everything that we do, indeed these three words succinctly define what we, as a company are all about.

The Nutri Advanced range of glandular products are backed by our rigorous safety standards and we are pleased to provide customers with additional reassurance with the following statement and key facts:

Nutri Advanced Statement:
All bovine glandulars found in Nutri Advanced products are imported from New Zealand and are certified BSE-free. New Zealand has an active government- monitored BSE surveillance programme and has no known cases of BSE.

• Bovine-derived glandular tissue concentrates come directly from the organs of cattle (cow). They are freeze-dried before being manufactured into supplement form
• All bovine glandulars found in Nutri Advanced products are sourced from New Zealand, which is recognised worldwide as a country that is free from BSE, enabling consumers to have the highest level of confidence in the safety of bovine-derived material from the region
• The animals are not raised specifically to obtain glands or tissue structures. The primary industry in New Zealand is for meat production, so the glandular collections come as a by-product from that main stream
• The New Zealand glandular source meets the United Nation’s Food and Agricultural Organisation standards of organic. To meet these standards, beef must be fed no bone meal and must be 100% organically fed
• New Zealand cows are fed on pesticide-free pastures and are never given hormones or antibiotics
• To keep its livestock pure, the country has not allowed any importation of livestock or used meat and bone meal feed for decades
• These products come with a BSE-free certification from the New Zealand Minister of Agriculture