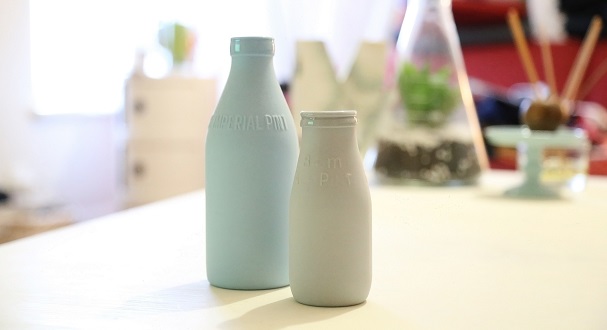 In recent years there has been a growing awareness around lactose and lactose intolerance and it is now estimated that around 70% of the adult world population is lactose intolerant. Lactose is a type of sugar found mainly in milk and dairy products.

One of the primary causes of lactose intolerance is a natural loss of intestinal production of lactase (the enzyme which allows the body to break down lactose) which happens in infancy, after weaning. This genetically programmed decrease in lactase synthesis is called primary lactase deficiency and happens in about two thirds of the World’s population. In fact, according to cultural-historical hypothesis, this is the genetic norm - it’s actually a genetic mutation which appeared about 10,000 years ago that codes for the continued production of lactase (lactase persistence) after weaning, and therefore allows lactose digestion to continue into adulthood 1,2. So it’s only those who carry the genetic mutation that can continue to digest lactose into adulthood!

Other health problems such as gut infection, inflammatory bowel disease (IBD) and abdominal surgery can also cause a decrease in lactase production, leading to lactose intolerance developing at a later point. This is known as secondary lactase deficiency.

In both cases, lactase deficiency results in undigested lactose being present in the digestive tract. First, this causes an increase in intestinal water content, and second, the gut bacteria start to ferment the undigested lactose, leading to excessive gas production. Typical symptoms of lactose intolerance are abdominal pain, bloating, wind, cramping and diarrhoea.

How to improve symptoms of lactose intolerance

1. Dietary lactose restriction
Treatment of lactose intolerance involves restriction of lactose intake (milk and dairy products). Complete avoidance of lactose may not always be necessary however. Human clinical studies have shown that patients with lactose intolerance, even those with IBS, can ingest up to 12g lactose without experiencing symptoms. And even larger doses (15 – 18g) may be tolerated when eaten alongside other nutrients 3-5.

2. Low FODMAP diet
In some patients with IBS however, dietary lactose restriction alone may not be enough. This is when lactose intolerance is actually part of a wider intolerance to poorly absorbed, fermentable oligo-, di-, monosaccharides and polyols (FODMAPs). In this case, a low FODMAP diet may be required to improve symptoms. Three randomised controlled trials have confirmed that a low FODMAP diet can benefit a wide range of symptoms in IBS patients 6-8.

3. Digestive enzymes
Lactase enzyme replacement is useful therapeutic strategy for patients with lactose intolerance. Lactase enzyme therapy has been shown to break down lactose into glucose and galactose to allow efficient absorption 9.

In one double-blind, placebo-controlled human clinical study, lactase enzyme therapy was found to be effective and without side effects when given to human study participants with lactose intolerance and malabsorption 10.

Summary
Lactose intolerance is a common problem that affects around 70% of the world adult population. Reduced production of lactase is actually a natural process that happens in infancy after weaning, and it’s only the genetic ‘wild type’ – a mutation that happened about 10,000 years ago - that codes for continued production of lactase into adulthood in about a third of the world population.

Dietary lactose restriction is the first port of call for patients with lactose intolerance, however some studies show that complete avoidance of lactose may not always be necessary. In addition, lactase enzyme therapy and probiotic supplementation have both been shown to be extremely useful and well tolerated strategies to improve symptoms.