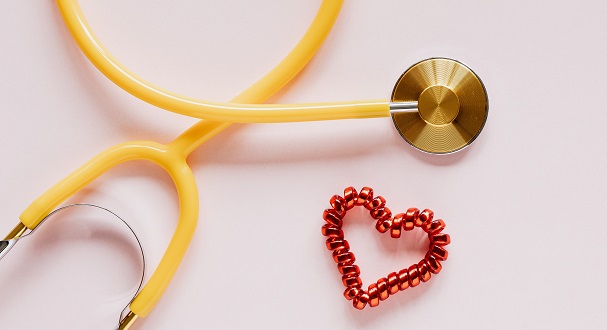 Menopausal? Here's Why You Need To Check In On Your Heart Health

The transition of a woman’s hormones from regular menstruation to menopause can be a bumpy one and many women are quite rightly focused on the more bothersome symptoms such as hot flashes, night sweats, mood swings, anxiety and problems with concentration. But did you know that your heart health is also significantly impacted by this hormonal change?

The average age for natural menopause in the UK is 51 and after the age of 50, nearly half of all deaths in women are due to some form of cardiovascular disease. For those who experience early onset of natural menopause this is an independent marker for type 2 diabetes in postmenopausal women and this carries with it an increase in cardiovascular disease.12 Furthermore, young women who have undergone early or surgical menopause who do not take artificial oestrogen also have a higher risk for heart disease.1

This means that women really need to consider what they can do to protect their heart health as they make this transition.

In particular, women who reported vasomotor symptoms such as hot flashes or night sweats (around 39%) may have a higher risk. In one study, those who experienced hot flashes or night sweats also had higher cholesterol, higher BMI, and higher systolic and diastolic blood pressure than asymptomatic women.2 Another study found that those menopausal women who experienced hot flashes had a higher incidence of insulin resistance, a cardiovascular disease risk marker, which further supports the argument that menopausal women have a higher risk of cardiovascular disease.13

One possible mechanism for this is that oestrogens are potent vasoactive hormones. Oestrogen reduces inflammation by inhibition of expression and/or action of C-reactive protein (CRP) in injured arteries. Oestrogen also reduces oxidative stress in arteries and vascular smooth muscle cells. The elasticity of a woman’s arteries (and other blood vessels) declines during and after menopause (this is believed to be due to declining endogenous oestrogens production). When women's oestrogen levels decrease during menopause, blood vessels can become rigid and less responsive to changes in blood flow and blood flow-altering mediators such as nitric oxide. Women are also more susceptible to varicose veins during and after menopause. 4-6

There is some evidence to suggest that isoflavones may cut menopausal cardiovascular risk.7 And there are several studies that show that vitamin E can be protective for cardiovascular health in postmenopausal women. Vitamin E is easily incorporated into the LDL cholesterol molecule, thus reducing LDL cholesterol peroxidation and preventing the formation of atheromatous plaque.8 And several large population studies have also shown that low vitamin E status may be more predictive of CVD risk than either high cholesterol or blood pressure.10 Perhaps unsurprisingly, a DBPC randomised cross over trial conducted on 51 menopausal women, found that vitamin E (400 IU daily for 4 weeks) significantly reduced the severity and frequency of hot flashes.11

Other strategies for supporting cardiovascular function such as dietary and lifestyle changes and exercise become even more important during the time leading up to and beyond the menopausal transition.