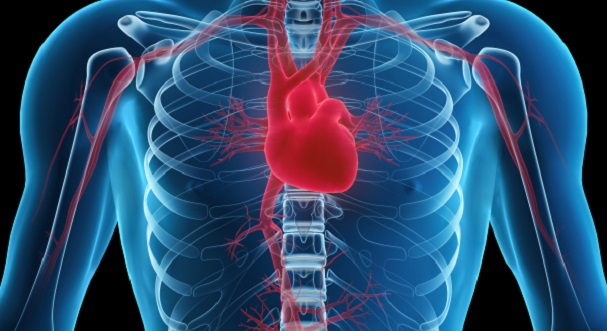 Calcification of the arteries has until recently been believed to be an irreversible consequence of aging but we now know that this isn’t the case and actually it is an actively regulated process. A protein called Matrix Gla is a key inhibitor of soft tissue calcification. It works by binding calcium to prevent it from crystallizing in the cell walls of the arteries. In order to carry out its function properly Matrix Gla protein must be activated by carboxylation with vitamin K. This means that vitamin K deficiency impairs the action of this protective protein and can increase the calcification of the arteries. Previous population studies has hinted at the connection between heart health and vitamin K but this new study is the first long-term intervention trial to show the results clearly.

In placebo controlled trial Knapen et al showed that not only does long-term vitamin K2 supplementation (180µg as MK-7) inhibit the stiffening of arteries that was otherwise seen in the placebo group but it also improved vascular elasticity (as measured by ultrasounds and pulse wave velocity). The study looked at healthy post-menopausal women, who are a high risk group for developing cardiovascular disease, over the course of 3-years. As studying heart takes time this makes this a significant breakthrough in the prevention of heart disease.