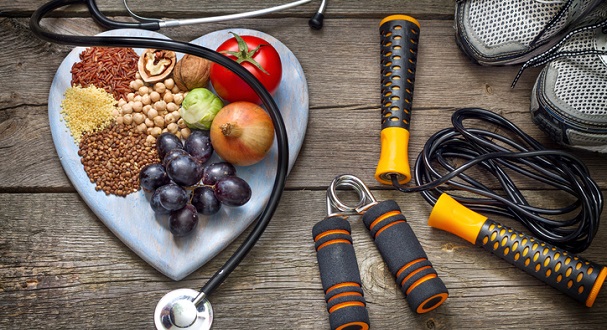 I’ve long been fascinated by the science of what makes an ‘all time great’ athlete; the combination of factors that come together to make world champions that break world records. And it’s not just one thing; many variables are involved – there’s often a starter culture of natural talent or genetic advantage, along with mental strength and resilience, a gruelling training regime, key lifestyle features such as plenty of sleep and stress management, and last but not least, attention to detail when it comes to diet and nutrition. These factors all have a part to play. And what usually happens when someone excels is that they have managed to do all of these things well.

How diet and nutrition affect performance is particularly intriguing. And there’s a huge body of scientific research on this subject out there. What’s surprising though is how limited the research is when it comes to athletic performance and vegetarian / vegan diets.

A vegetarian diet has been shown to deliver many significant health benefits including lower mortality rates from coronary artery diseases and certain forms of cancer, and lower risks of obesity and diabetes1-5 . And overall a vegetarian diet appears to be conducive to maximizing exercise performance for athletes during training and competition. Until now however, very few studies have examined the exercise performance differences between vegetarian and non-vegetarian athletes. A 2016 review of 8 studies comparing vegetarian and omnivorous nutrition and physical performance found no significant differences overall, however the researchers acknowledged limitations of this small-scale review and concluded that further research is needed6.

The most current study on the subject was carried out at Arizona State University. Researchers tracked maximal oxygen uptake (V02 max) on a treadmill and strength in leg extensions in 27 vegetarian and 43 omnivore elite adult endurance athletes. They found that a vegetarian diet may adequately support strength and cardiorespiratory fitness development, and may even be advantageous for supporting cardiorespiratory fitness. They also found that vegetarian women had better results in strength and V02 tests, whilst for men there was no significant difference between the vegetarian and non-vegetarian subjects7.

The researchers concluded that the gender difference is intriguing and merits further investigation; and they have also called for further large-scale trials in this area.

Whilst the research is sketchy, inconclusive and a bit lacking at the moment, what’s difficult to ignore is the long list of hugely successful athletes who choose to follow a vegetarian or vegan diet and consider this to be an important part of their success.

Here are just a few examples:

Carl Lewis - World dominant sprinter and long jumper between 1981 and the early 1990s, Carl Lewis delivered his best ever performances at the 1991 World Championships and credits these achievements with switching to a vegan diet in 1990. Following these championships many referred to Carl Lewis as ‘the greatest athlete of all time’. He said, “I’ve found that a person does not need protein from meat to be a successful athlete. In fact, my best year of track competition was the first year I ate a vegan diet.”

Venus and Serena Williams – Tennis superstar sisters with an unprecedented number of grand slam titles between them, Venus & Serena both eat a mainly vegan diet. Venus Williams changed her diet in 2011 after being diagnosed with the autoimmune disease Sjogrens Syndrome; Serena followed suit to support her sister and adopted the same diet.

Novak Djokovic – World number one tennis player until very recently, Novak Djokovic has long been gluten and dairy free and now follows a strict vegan diet. He is so committed to the cause that he opened a vegan restaurant in Monte Carlo in 2016.

Edwin Moses - Twice Olympic 400m hurdles gold medallist, Ed Moses was a vegetarian and famously dominated the event for over a decade. He won a staggering 122 successive races between 1977 and 1987, and broke 4 world records along the way!

Scott Jurek – Widely considered to be the most successful ultra-marathon runner of his generation, Scott Jurek’s recent speed record at the 2200 mile Appalachian Trail was fuelled by a plant-based diet.  He completed it in 46 days, 8 hours and 7 minutes. He converted to a plant-based diet early on in his ultra-running career despite many saying he would never be able to consume enough protein from plants to support his training and races. He said, “I felt better than I had ever felt before. I had always had pretty good endurance, but now the soreness I had always experienced after long runs was gone. The resting times I had always needed between long workouts was shorter than ever. I felt lighter. I felt stronger. I felt faster. And I felt as young as ever.”

Greg Chappell – Former Australian cricket captain, Greg Chappell is considered one of the best all round cricketers of all time. He’s a passionate vegan and has written two books on the subject.  He says giving up meat and dairy products made him feel ‘stronger and healthier’.

Dave Scott – One of only 2 people to ever win a staggering 6 World Ironman Triathlon Championships, Dave Scott follows a strict vegan diet. Ironman triathlon distances include a 2.4 mile swim, 112 mile bike ride and a 26.2 mile (marathon) run; in that order and without a break!

Mac Danzig – US mixed martial arts fighter who won the titles of MMA National Champion, Gladiator Challenge Champion, King of the Cage and Ultimate Fighter is a proud vegan. He said, “when I decided to go vegan, I was able to make the 155 pound weight class much easier, and I haven’t lost an ounce of muscle. I’m leaner than I used to be, and I have much more energy than I used to.”

Bill Pearl – Bodybuilding champion who held the title of Mr Universe an impressive 4 times and long considered to be one of the strongest bodybuilders ever. Bill Pearl said, “I’m more healthy, I can train with more energy…. I have now been vegetarian for 20 years. Anything you can find in a piece of meat, you can find in other foods as well”.

More anecdotal evidence comes in the form of the typical diet of Kenyan athletes who have dominated long distance running events for many years. In 2011, researchers from the University of Glasgow found that whilst not strictly vegetarian, the diets of elite Kenyan athletes contain very little meat. Their research was published in the Journal of the International Society of Sports Nutrition and found that vegetable sources accounted for approximately 88% of their total energy intake compared to around 50% total daily carbohydrate intake of elite runners in Australia, the Netherlands and the US. A typical Kenyan meal consists of corn meal porridge ‘ugali’, collard greens ‘sukuma wiki’, stewed mung beans ‘ndengu’ and ‘chapati’, a wheat flour tortilla-style bread8.

It’s a fascinating area and clearly warrants more large-scale studies to understand properly the potential benefits of a plant-powered diet for athletes. As we wait for the scientific research to catch up with what anecdotal evidence is starting to tell us, here’s some thoughts on what might be driving a plant-powered diet’s sporting success:

2) High antioxidants – A vegetarian or vegan diet is also typically higher in powerful antioxidant nutrients, which are found in rich supply in plant foods. Increased physical activity, and especially at the intense levels practiced by elite athletes, has the knock on effect of increasing the production of potentially harmful compounds called free radicals. An excessive production of free radicals, or lack of protection against them has been linked to cell and mitochondria (energy producing powerhouse within the cell) membrane damage and lowered immune function10-13. Free radical production may also be increased following injury so it’s important to ensure that the diet supplies plenty of beneficial antioxidants to cope with this increased demand.

3) Anti-inflammatory – Animal products such as meat and dairy foods tend to increase the body’s production of pro-inflammatory substances called eicosanoids, whilst consumption of plant foods such as nuts and seeds increase the anti-inflammatory types. Supporting balanced inflammation is key for anyone, and especially those involved in sport.

4) Acid: alkali balance – A diet rich in meat and dairy products tends to be more acid-forming whereas fruits and vegetables help to alkalise the system.  An overly acidic diet is bad news for anyone, and perhaps even more so for athletes – low-grade acidosis has been linked to chronic disease and muscle wasting13, and may even have a negative impact on performance, recovery time and risk of injury too.

5) Glutathione – Often referred to as the master antioxidant, glutathione is a vital substance produced in the body that helps to protect us from free radicals. Glutathione also helps to protect the energy production powerhouse within the cell (mitochondria) from damage by Persistent Organic Pollutants (POPs)14 - toxic chemicals present in our environment. What’s interesting is that low-grade acidosis may inhibit the synthesis of glutathione thus reducing its protective potential. Since energy production is a vital process for anyone involved in sport, it is crucial that athletes play close attention to nurturing optimal glutathione levels.

Clearly there’s a lot still to learn about the impact of a vegetarian or vegan diet on sports performance. The current trend among sports men and women to either reduce meat intake or go completely meat free is a fast growing area of sports nutrition and I’m fascinated to watch where this will go. It may take some time for the research to catch up with what anecdotal evidence is telling us, but in the meantime, my advice would be to eat a bit less meat and get more plant foods into your diet and to keep a close check on how you feel. Aside from what research studies or other people say, you will always be the best measure of how effective your diet is at supporting your training and performance. Why not try some of these plant-powered recipes, specially selected to support exercise training and performance, as a starting point. Who knows, you might just be eating your way to the next Olympics!