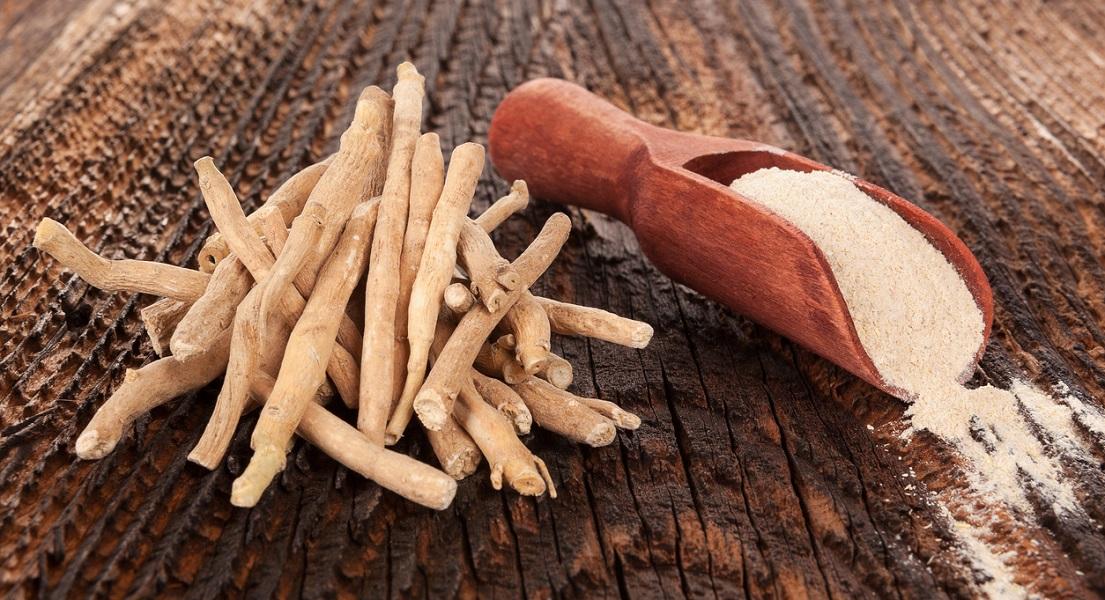 The Versatility of Ashwagandha: Research Highlights

Withania somnifera (Ashwagandha) is a revered herb of the Indian Ayurvedic system of medicine with a long history of traditional use; with some reported use dating back over 3000 years. Ashwagandha is compared well with Siberian Ginseng and Asian Ginseng in its adaptogenic properties and is sometimes known as Indian Ginseng. The name Ashwagandha comes from the Sanskrit meaning ‘horse-like smell’, and apparently this name not only refers to the smell of the herb but also its strengthening and aphrodisiac qualities.

In traditional Ayurvedic medicine, it is described as a safe and effective adaptogen and is used to promote stress relief, health and longevity. It contains several bio-active compounds including steroidal lactones, alkaloids, flavonoids and phytosterols. Ashwagandha has many health benefits and here we look at some of the research highlights on this versatile herb.

Ashwagandha & Stress
The therapeutic effects of ashwagandha are often attributed, at least in part, to its regulatory effects on the hypothalamus-pituitary-adrenal (HPA) axis. This axis controls the body’s response to stress and trauma. Research has shown that supplementation with Ashwagandha may improve an individual’s resistance towards stress.

• In a 2012 randomised, double-blind, placebo-controlled trial, 64 adults with a history of chronic stress were given either Ashwagandha or placebo for 60 days. The group taking Ashwagandha exhibited a significant reduction in scores on all stress assessment scales and serum cortisol levels were substantially reduced compared to the placebo group.2

• A 2019 randomised, double-blind, placebo-controlled trial investigated the stress-relieving effect of Ashwagandha in stressed healthy adults after 8 weeks. A significant reduction in perceived stress scale scores and cortisol levels were observed with Ashwagandha 250mg/day and 600mg/day compared to placebo. In addition, participants receiving Ashwagandha had significant improvement in sleep quality.3

Ashwagandha & Sleep
Insomnia or sleeplessness has become a common disorder that is affecting a large portion of the population and impairing general health and mental wellbeing. Due to its positive effects on stress, Ashwagandha may also have a sleep supporting quality.

• In a 2019 randomised, double-blind, placebo-controlled study, Ashwagandha extract (300mg twice daily) was associated with shorter sleep onset latency (transition from full wakefulness to sleep), and improvements in sleep efficiency and quality compared to placebo.4 The authors concluded that “It could be of potential use to improve sleep parameters in patients with insomnia and anxiety, but need further large-scale studies”.

• A 2021 randomised, parallel-group, placebo-controlled trial evaluated the effects of Ashwagandha root extract in both healthy subjects and subjects with insomnia. After 8-weeks, there was significant improvement in the sleep parameters in both healthy and insomnia subjects, however the improvements were most significant in insomnia subjects. The improvements were primarily seen in sleep onset latency, sleep quality, mental alertness on rising and anxiety outcomes.5

Ashwagandha & Brain Health
Cognitive decline is often associated with the ageing process. Ashwagandha has long been used in the traditional Ayurvedic system of medicine to enhance memory and improve cognition.

• In a 2017 double-blind, randomised, placebo-controlled trial, 50 adults with mild cognitive impairment were treated with either Ashwagandha root extract (300mg twice daily) or placebo for 8 weeks. After 8 weeks the Ashwagandha treatment group demonstrated significant improvements compared with the placebo group in both immediate and general memory. There was also considerable improvement in the Ashwagandha treatment group in executive function, sustained attention and information-processing speed.6

• In a 2017 double-blind, randomised, placebo-controlled trial, 50 adults with elevated thyroid stimulating hormone (TSH) were given either 600mg Ashwagandha daily or placebo. After 8 weeks of treatment, the Ashwagandha group had significant improvements in thyroid markers TSH, T4 and T3 levels cmpared to placebo.7

Ashwagandha & Anti-Ageing
One of the major factors that accelerate ageing and cause degeneration of various systems is the shortening of telomeres. Telomeres are sections of DNA found at the ends of each of your chromosomes and guard your genetic data. You can find out more about telomeres and how to protect them here. Ashwagandha is traditionally used as an anti-ageing agent and this effect may be due to its potential to maintain telomere structure.

• In an in-vitro cell culture model, Ashwagandha root extract was shown to enhance telomerase activity by 45%.8 Telomerase is an enzyme that can repair and maintain the telomere length through replication and is critical for healthy cell function.

In addition to its potential benefits on telomeres, Ashwagandha may also support ageing issues including sleep quality and mental alertness.

• In a 2020 randomised, double-blind, placebo-controlled trial, 50 adults aged between 65-80 years were given either Ashwagandha root extract (600mg/day) or placebo for 12 weeks. After 12 weeks, a significant increase in the quality of sleep and mental alertness was observed in the Ashwagandha treatment group in addition to overall improvement for general wellbeing.9

Ashwagandha & Male Health
Ashwagandha has been traditionally used in Ayurvedic medicine as an aphrodisiac to help treat male sexual dysfunction and infertility. The most prevalent cause of reduced male fertility is oligospermia (low sperm count).

• A 90-day pilot study conducted at five infertility clinics investigated the effect of Ashwagandha on spermatogenesis and oligospermia. Men receiving 225mg three times daily saw a 167% increase in sperm count, 57% increase in sperm motility, and 17% increase in serum testosterone levels at the end of 90-day treatment period compared to placebo.10

As shown above, Ashwagandha is a well-researched herb with many health benefits and indications. The majority of clinical studies have been carried out on root extracts, rather than leaf so choosing a well-studied root extract is important. It is safe and well-tolerated by most but should be avoided in pregnancy, however is safe to take during breastfeeding.