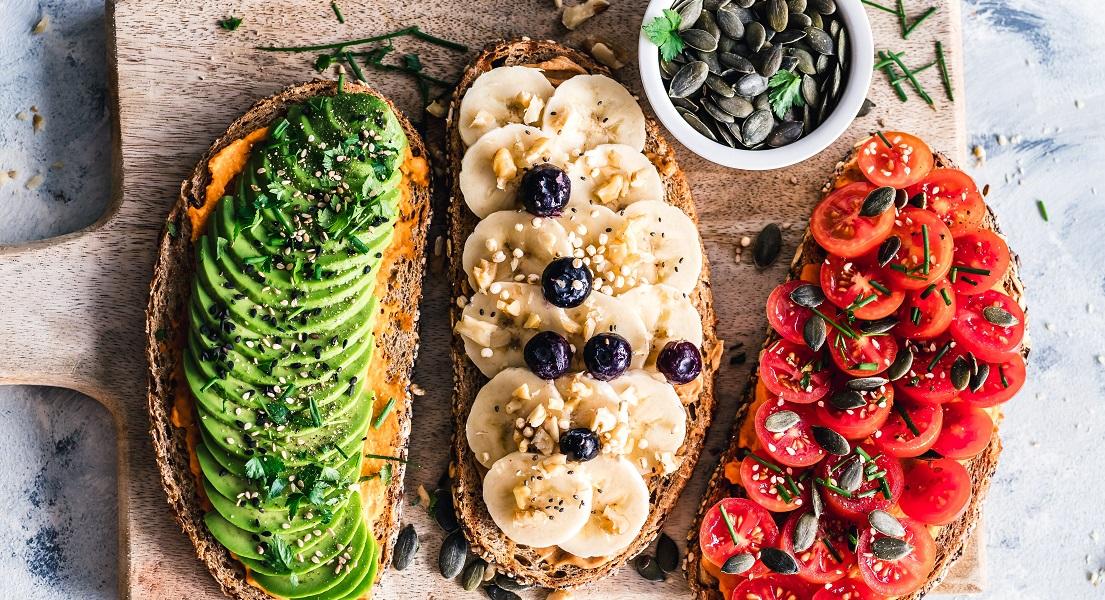 There are a variety of different reasons people may choose to follow a vegan diet but it’s crucial for anyone eating a plant-based diet to be aware of the increased risks of nutrient deficiencies. And there are some nutrients which you need to be particularly aware of. In this article we take a closer look at 6 key nutrients which are often lacking in a vegan diet and what you can do to support optimal intake:

1. Vitamin B12
Top of the list is vitamin B12; an essential nutrient which is vital for a range of physiological processes including red blood cell formation, protein metabolism and nervous system health. Vitamin B12 is a nutrient of particular concern for anyone following an exclusively plant-based diet because it is found mainly in foods of animal origin such as fish, meat, eggs, poultry and dairy products. It is generally agreed that anyone following a vegan diet should take a daily supplement to ensure optimal intake. Vitamin B12 can be taken in the bioactive and absorbable form of methylcobalamin. Our ability to absorb vitamin B12 often decreases with age, so older adults will likely need a higher daily dose to maintain optimal levels.

2. Iron
Iron is an essential mineral, which means we must obtain it from our diets. It is needed for energy metabolism, to make DNA and red blood cells, and for transporting oxygen in the blood. Iron exists in two different forms in our food; heme iron - found in animal products, and non-heme iron - found in some plant foods. Getting enough iron through dietary sources is more challenging for anyone following a vegan diet because non-heme iron (from plants) is less well absorbed than heme iron (from animal products such as meat). Low levels of iron are associated with anaemia, fatigue and lowered immune function. It is important therefore for anyone following a plant-based diet to ensure regular intake of iron-rich foods such as beans, lentils, tofu, dark leafy greens, dark chocolate, wholegrains, mushrooms, nuts, seeds, pumpkin, squash and salad greens. Consuming vitamin C-rich foods alongside iron-rich foods may help to increase iron absorption. In contrast, phytates (found in many plants foods) can inhibit absorption, and tea and coffee are best avoided around or with meals as they can hinder iron absorption too. Whilst it is possible for vegans to obtain enough iron from dietary sources it is highly likely that many will be low in iron. And this is of particular concern for menstruating females. Iron can be found in a good quality daily multivitamin & mineral or can be taken as a separate supplement. It can be supplemented as iron bisglycinate - a well absorbed form that is not associated with the gastrointestinal distress that many other iron supplements are. It is important to note however that whilst highly unlikely for vegans, too much iron can be just as harmful as not getting enough, so measuring current iron status with a simple blood test may be useful before starting supplementation.

3. Calcium
Best known as an essential mineral for bones and teeth, calcium has many other important health roles too, such as for the cardiovascular and nervous systems, and for muscle function too. Good plant sources of calcium include green leafy vegetables, pak choi, watercress, silken tofu (often fortified with calcium), sesame seeds, tahini, pulses, almonds and fortified nut and soy milks. Many people following a vegan diet however will struggle to regularly achieve optimal daily calcium intake and are often encouraged to take supplements to bolster their levels. Calcium can be found in a good quality daily multivitamin & mineral or can be taken as a separate supplement. Algae-sourced calcium is an effective plant-based option providing a natural form of calcium, along with magnesium, and 13 bone-supporting nutrients including boron and manganese.

4. Zinc
The best sources of zinc are animal foods such as lamb, beef, poultry and seafood. Few plant foods contain high levels of zinc so anyone following a vegan diet needs to carefully consider their intake. Zinc is an essential mineral for immune function, wound healing, growth and development, cell repair and metabolism. Similar to iron, the bioavailability of zinc is impaired by phytates (which, ironically, are found in many zinc-rich plant foods). In a UK cohort of the European Prospective Investigation into Cancer, those following a vegan diet were found to have the lowest zinc intakes when compared to meat-eaters, fish-eaters and vegetarians. The best plant sources of zinc are lentils, beans, chickpeas, nuts, seeds and wholegrains. Zinc is best supplemented in the form of citrate or picolinate and is usually included in a good quality multivitamin and mineral. 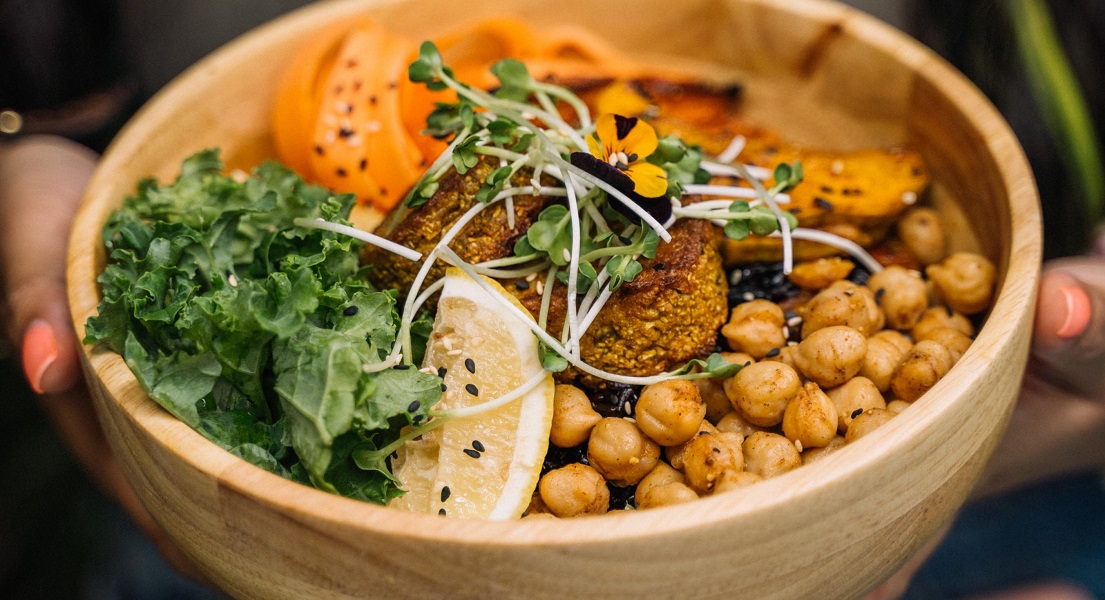 5. Vitamin A
Vitamin A is a fat-soluble vitamin which is needed for immune system health, vision, skin and foetal development. It is found in the diet in different forms: retinol (in animal foods such as grass-fed meat, liver and full fat dairy products) and beta-carotene (in orange and green-coloured plant foods such as carrots, spinach, squash and sweet potato). Vegans are at higher risk of being low in vitamin A because beta-carotene must be converted in the body to retinol and many people don’t make this conversion effectively. In fact, there are common genetic variations which can reduce the body’s ability to convert beta carotene into retinol by as much as 50%. Lack of dietary protein or zinc deficiency can also affect the uptake of beta-carotene and its subsequent conversion to retinol so it’s important to ensure the diet contains optimal amounts of good quality protein and zinc-rich foods – both of which can often be low in a vegan diet. The absorption of beta carotene may benefit from consuming fat at the same time. And interestingly, cooked sources of beta carotene seem to be better absorbed than their raw counterparts. Vitamin A can be taken as a supplement, either in the form of beta carotene, retinol palmitate or a mix of both.

6. Omega-3s
And last but not least, anyone following an exclusively plant-based diet needs to pay particular attention to their intake of omega-3 fats. Our bodies can’t make omega-3s so we must include them in our diets; this is why they are termed ‘essential fats’. Alpha linolenic acid (ALA) is an essential omega-3 fatty acid found in rich supply in plant sources such as flax, hemp, walnuts and chia seeds. You might conclude therefore that anyone following a plant-based diet wouldn’t have too much to worry about in this area. The story takes a slightly different turn however once ALA is consumed, because in order to receive the full spectrum of omega-3 health benefits, some of the ALA needs to be converted by the body into other members of the omega-3 family - Eicosapentaenoic acid (EPA) & Docosahexaenoic acid (DHA). EPA & DHA are crucial for helping to support balanced inflammation in the body and it is important for your health that you have regular access to these fats. Unfortunately, whilst it’s theoretically possible, the reality is that many people struggle to convert ALA into EPA & DHA effectively, due to factors such as genetic alterations or not having enough nutrient co-factors; that’s why it’s always preferable to directly include rich sources of EPA and DHA in the diet too. And this is where anyone following a plant-based diet will struggle, because the best dietary sources of EPA & DHA are oily fish such as sardines, mackerel, anchovies, salmon and herring. EPA & DHA are also found in algae but this isn’t something you’d normally find on a plate! Fortunately, it is now possible to take a plant-based supplement form of EPA & DHA derived from sustainably-sourced algae, and this is certainly one to consider adding to your daily routine if you’re following a vegan diet.