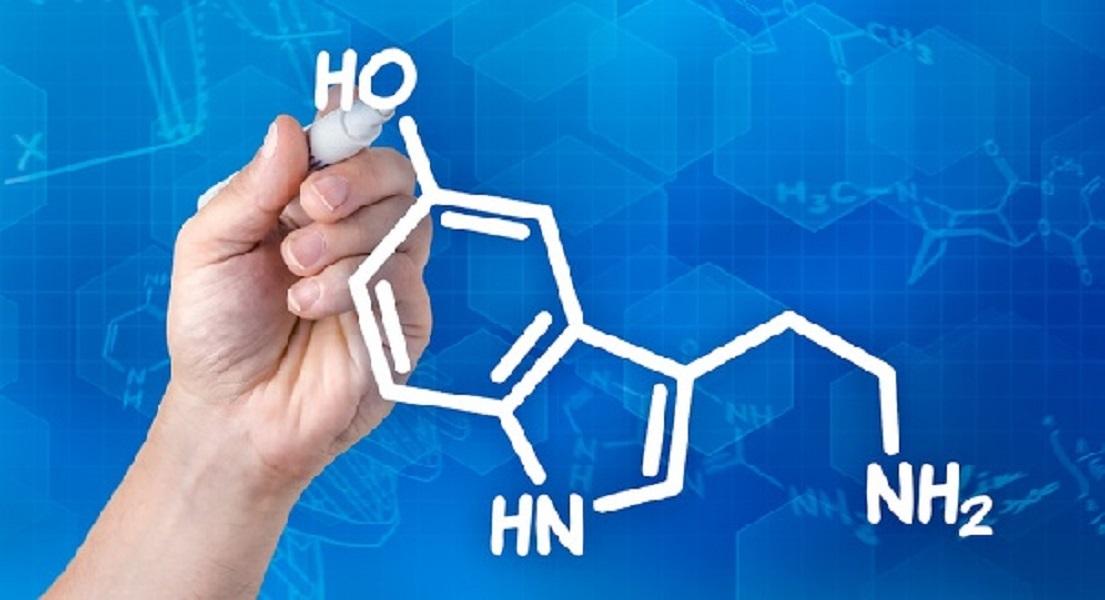 What Does Serotonin Actually Do?

Most people know serotonin as the ‘happy neurotransmitter’ – a substance found in the human body that helps to regulate mood. And whilst serotonin certainly does have an important role to play in mental balance it has many other jobs too, that most people are completely unaware of.

Serotonin is a neurotransmitter, which means it helps signals pass along and between nerve cells. It is manufactured in the brain and the intestines, and although it is found widely throughout the body, most serotonin (80 – 90%) is found in the gastrointestinal tract, hence why the gut-brain link is such a hot topic of research.

Serotonin influences the majority of brain cells, either directly or indirectly, and because it’s so widespread throughout the body, it’s thought that it affects a wide variety of mental and physical functions. It cannot cross the blood-brain barrier however, so only serotonin that is made in the brain can be used there. 5-HTP (5-hydroxytryptophan) is a natural precursor to serotonin that is often recommended as a supplement, as this form can cross the blood brain barrier

Mood – One of the best-known functions of serotonin is its suggested role in mood regulation. An association has been made between depression and serotonin, however, scientists still don’t know whether it’s low serotonin that contributes to depression or whether it’s the other way round – that depression causes a decrease in serotonin levels. Research has started to suggest that serotonin deficiency may not play as influential role in depression as has previously been thought. However the jury’s still out on this one. Anti-depressant medications that aim to increase serotonin levels (such as SSRIs - selective serotonin re-uptake inhibitors) are still the main type of conventional treatment offered for depression.

Relaxation – Anti-depressants such as SSRIs are also commonly prescribed to help reduce symptoms of anxiety. Whilst the specific mechanisms of action are unclear and there are conflicting views on their usefulness in this area, it is likely that serotonin imbalance has some part to play in anxiety disorders.

Nausea & diarrhea – A little known function of serotonin is in helping to get rid of toxins and irritants from your body. If you eat something harmful, your body will increase production of serotonin, which speeds up transit time to ensure the irritant is expelled via diarrhea. An increase in serotonin also stimulates nausea as another way of quickly getting rid of harmful substances from the body.

Clotting – Serotonin is essential for blood clotting – it is released from blood platelets following an injury and stimulates the narrowing of tiny arteries which reduces blood flow and helps to form a clot.

Bone density – There may be a link between persistently high levels of serotonin in the bones and an increased risk of osteoporosis.

Libido & sexual function – Low serotonin levels commonly occur following alcohol consumption and are thought to contribute to the associated increase in sexual libido, whilst anti-depressant medication such as SSRIs (selective serotonin re-uptake inhibitors) that are designed to increase serotonin are often associated with reduced libido and sexual function.

Appetite control & weight management – It is thought that serotonin may have a role to play in appetite control, and therefore may also play a part in weight management. Serotonin is one of the most important neurotransmitters involved in promoting feelings of satiety, or ‘fullness’ after a meal, and so low levels may contribute to problems associated with overeating.

Sleep - Among serotonin’s many functions as a neurotransmitter, it may have a role to play in relaxation and our sleep cycle. How this works is not yet fully understood but the most logical explanation seems to be that serotonin, which itself has natural soothing properties, is converted into melatonin, the body’s primary sleep hormone.

Hormonal balance - Many women notice changes in themselves at different points throughout their hormonal cycle. These hormonal fluctuations are often associated with changes in brain chemicals, and serotonin is thought to play an important part.

Memory - In addition to its involvement in mood, relaxation and sleep, it is thought that serotonin can also affect memory and mental function.

There is much research yet to be carried out on serotonin to fully understand its diverse roles. What’s important to remember though is that this neurotransmitter is about so much more than just mood – and supporting a healthy balance of this complex neurotransmitter can have widespread beneficial effects.